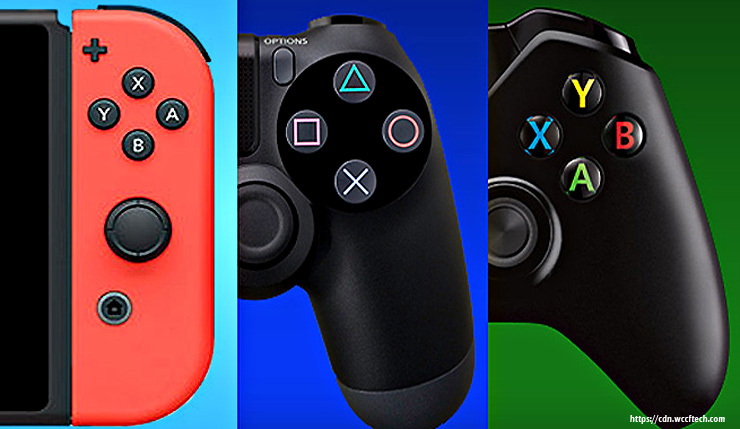 Our current generation’s consoles are surely nearing the end of their reign, this year the Xbox 360 will be celebrating its 7th year anniversary, the PS3 and Nintendo Wii, their 6th. However, the only new home console that has been announced was by Nintendo in 2011 at the E3 convention where they unveiled the Nintendo Wii U set for release in the fall of 2012. The current generation of consoles have changed a great deal from their initial launches over 6 years ago.

The Original Xbox in 2005 was released with a A280 price tag. It was infamous for its red-ring-of-death problems. It was the first console that supported HD graphics but the HD was provided by a composite cable as it didn’t have HDMI. It also came with a 20GB hard drive and no internal Wi-Fi but instead a A50 USB dongle had to be purchased. When released, Microsoft only shipped 300 thousand units to Europe and stock was extremely short, the console sold out instantly and many Xbox 360s made their way onto auction sites to be sold for over double the RRP!

The current model of Xbox 360 debuted in 2010; it is a much sleeker and more stable console. It is a lot smaller than the original and many fundamental flaws have been fixed such as in-built Wi-Fi, a HDMI port, a 250GB hard drive, a completely new dashboard and also the ability to use multiple streaming servers. You can pick up a new Xbox 360 for as little as A129.99 for the smaller 4GB model and around A179.99 for the 250GB model.

Released in 2006, the PS3 was priced at a whopping A425 but it was the second fastest selling console ever in the UK after the PSP. The original PS3 was a behemoth of a machine boasting a Blu-ray player, a specially developed cell processor, built-in Wi-Fi and a 60GB hard drive. The extra-large PS3 had its own backward PS2-compatible hardware, and memory stick, SD and compact card slots.

Then in 2009 came the much prettier and slimmed down version of the Playstation 3. With a reduction in both size and price, it allowed the PS3 to become more competitive with the Xbox 360. The current Playstation still has its unique Blu-ray player and a 320GB hard drive but with the slimming down, there have been a few major sacrifices. It lost its backwards compatibility play, a couple of USB ports and memory card slots. The controller also saw a slight upgrade from a six-axis to a much more solid dual shock version.

Released in the same year as the PS3 in 2006, it was a mould-breaking console, the console itself was under half the size of its counterparts with a futuristic design. The Wii was a big gamble for Nintendo and it was a huge success, it’s never before seen 3D motion controls made it the perfect system for casual gamers and with a price tag of A179.99, it was by far the cheaper option.

Over the years the Wii has changed very little, we have had a black version and the latest version in August 2011 saw a horizontal lying console that had its game cube support removed to the annoyance of many consumers. The Nintendo Wii is great fun and you can pick up a console for as little as A99.99 bundled with Mario Kart. However, Nintendo are the first company to announce their next console, which will be coming out at the end of this year; the Nintendo Wii U.

Choosing the Best VPN In Sweden: 5 Tips to Help You Get It Right

With the increasing number of cyber-attacks and data breaches, Sweden is becoming a hotspot for…
Previous Post