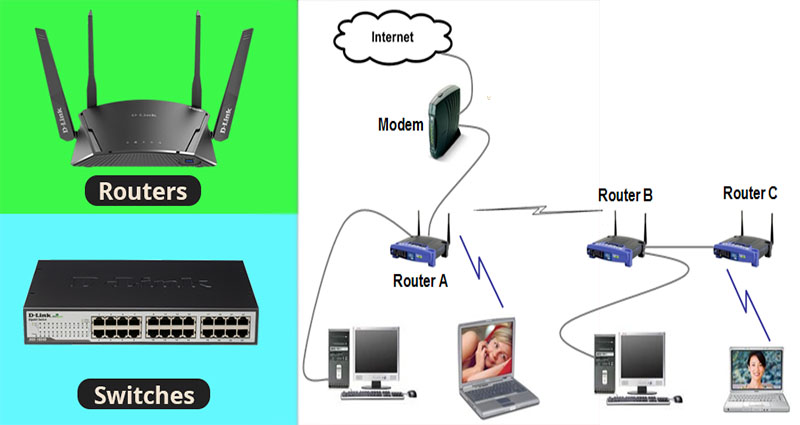 The Class C network is the most common type of Internetwork address, and it is defined by having the highest bit order (as a class C network would), 21 bits for the network number and eight bits for the host number. It can support as many as 2,097,152 (2 21) /24 networks, and 254 addresses (8-bits long). This represents about 12.5% of all IPv4 addresses.

The IPX protocol is a standard for data communication and transport. IPX packets use 32-bit network numbers to identify individual data links. The administrator of each network assigns these numbers, and they must be unique across all connected networks. Routers use these network numbers to route IPX packets to the appropriate destination node. Despite its name, IPX is a routable protocol, so routers and nodes need to know how to send it. Here’s a diagram showing the structure of an IPX packet.

Static routing is the use of a manually configured routing entry rather than information that is obtained through dynamic route-finding protocols. In a static router, the network administrator builds and updates the routing table. This method is effective in small internetworks, but it does not scale well to large networks. An internetwork is defined as any pair of networks connected to one another. Here are a few examples of how static routing might benefit your network.

There are numerous benefits of internetworking. The Internet has reduced our geographical and social isolation.…
Previous Post